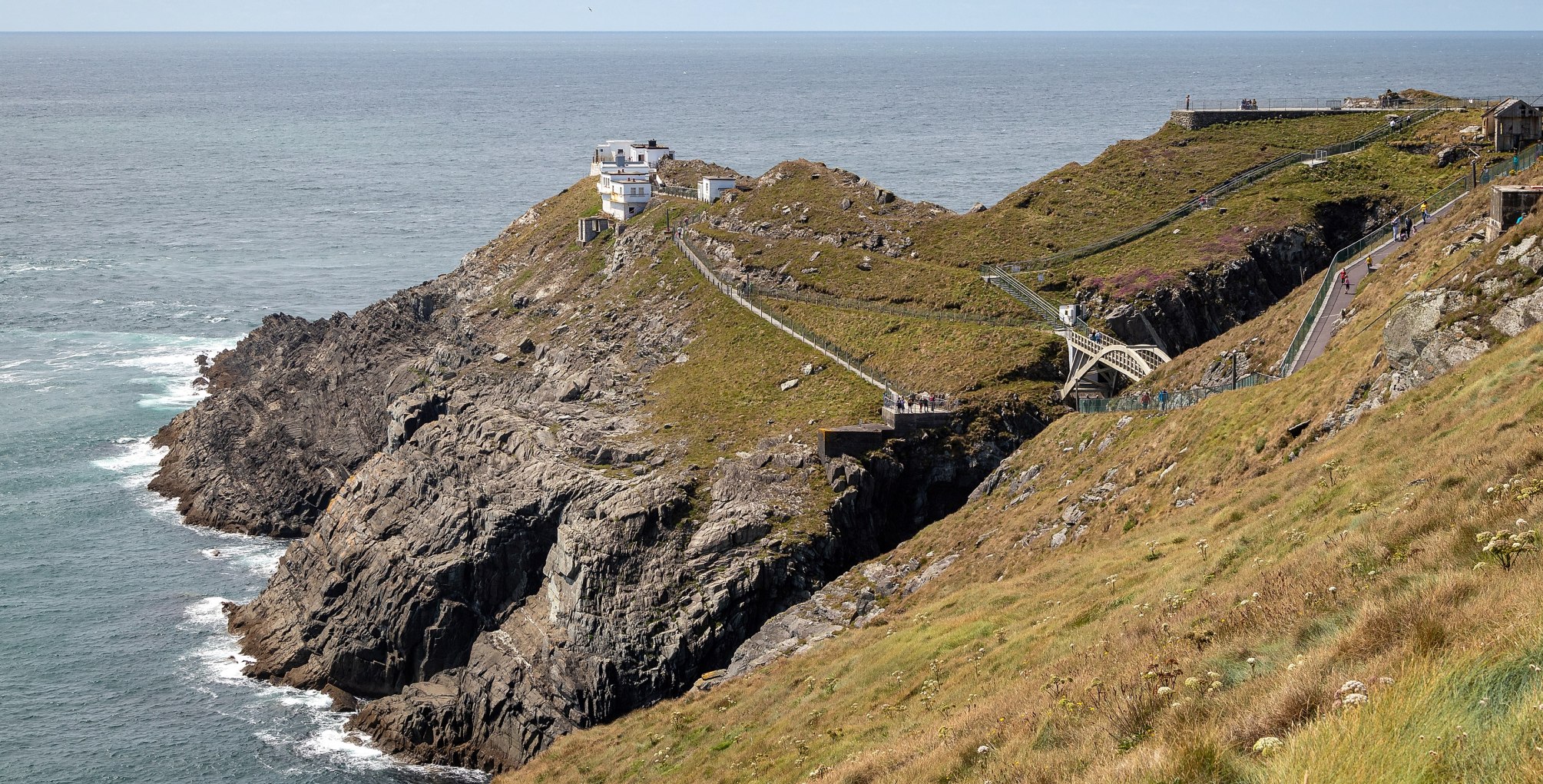 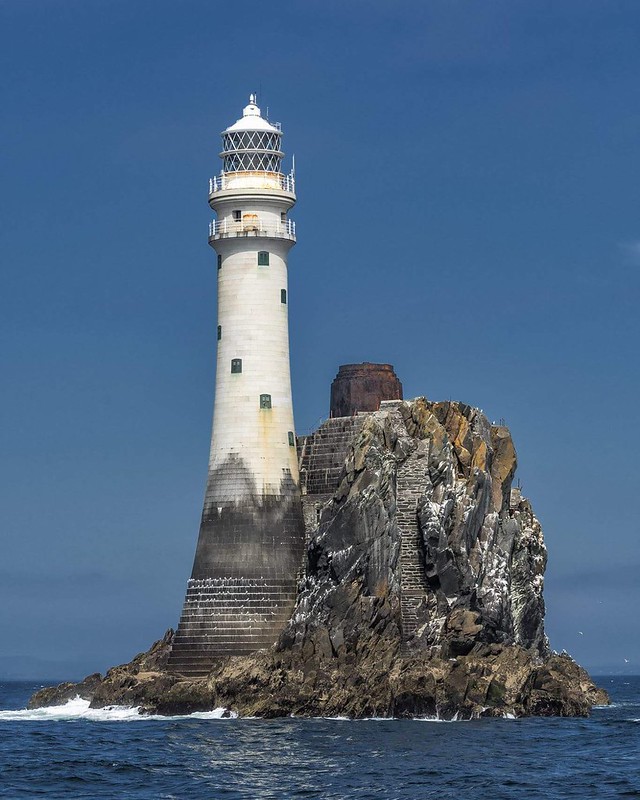 The Mizen Peninsula, at Ireland's most south-westerly point, is worldwide renown for the beauty of its rugged landscape and ancient heritage. A tour of the Mizen Ring gives you the chance to immerse yourself in the various strands that make the Mizen unique. From geology, flora, birds and fauna to the influence of man and his history on the landscape.

Travelling west from Schull you drive along the bog road built originally in the eighteenth century to carry butter to Cork for export to the new colonies.

Crookhaven Harbour is as picturesque as it was useful being a large sheltered harbour. You pass the old Roadstone Quarry on the side of the mountain, which provided metalling for the roads of Wales until 1945. There are numerous Bronze Age field monuments in the hills around Crookhaven. The Ordnance Survey Discovery Series map 88 will indicate their whereabouts for you. The village of Crookhaven has a distinguished history as the last port of call for ships going to and from America. Over the centuries ships stocked up with provisions here before tackling the Atlantic Ocean. All the shipping lines had agents here to tell the ships in which port their cargo had been sold. In the late 1900s it was said that you could cross the harbour on the decks of boats. 700 people lived and worked in the village against the 29 permanent residents today. Marconi came here to try to get his first radio message across the Atlantic and he fitted the first telegraphic equipment to the Fastnet Rock Lighthouse to communicate with the passing ships.

Barleycove is a large sandy beach backed by sand dunes. The sand dunes were thrown up in the tidal wave that swept Europe after the earthquake in Lisbon in 1755. Today they have been partially eroded but they are protected like much of the coast round this area as European designated Special Areas of Conservation. The road goes to the east of the beach across a causeway bisecting Lissagriffin Lakes and at the T-junction you turn left to Mizen Head. 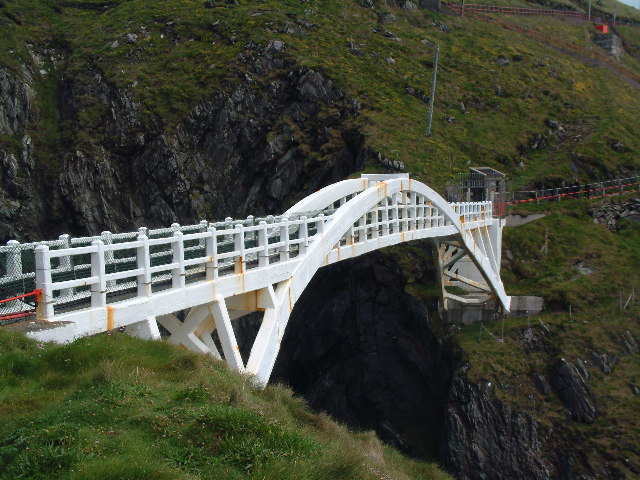 Mizen Head is one of the extreme points of the island of Ireland and is a major tourist attraction, noted for its dramatic cliff scenery. One of the main transatlantic shipping routes passes close by to the south, and Mizen Head was, for many seafarers, the first (or last) sight of Europe. The tip of the peninsula is almost an island, cut off by a deep chasm, now spanned by a bridge; this gives access to an old signal station, a weather station, and a lighthouse. The signal station, once permanently manned, is now a museum housing displays relating to the site's strategic significance for transatlantic shipping and communications, including the pioneering efforts of Guglielmo Marconi. The "99 steps" which formed part of the original access route have been supplemented by a series of paths and viewing platforms, and a full range of visitor facilities is available at the entrance to the site.

From Mizen Head Visitor Centre, the Signal Station is a ten minute walk along the path, down the 99 steps and across the Arched Bridge, the Mizen is famous for its wildflowers and sightings of wildlife, dolphins, whales, seals, gannets, kittiwakes, choughs

Looking South is the Fastnet Rock Lighthouse, Ireland's Teardrop, was the last landfall seen by many emigrants to America and one of Marconi's first telegraph stations. Mizen Signal Station had the first Radio Beacon in Ireland, 1931; the history of Safety at Sea communications is here, Wireless Signals, Racon, GPS and DGPS. Displays about the lives of the Irish Lights Keepers who left the Mizen in 1993, The Bridge with full Navigational Aids Simulator, Automatic Weather Station, Maps, Guided Tours. Mild Climate all year.

Another gem of the Mizen Peninsula is Three Castle Head where the Three Castles, which are three Tower Houses with, curtain walling. Built in the 15th. Century on the site of a Bronze Age Promontory Fort, the Castles stand sentinel beside a cliff top lake. Access is restricted at the moment because of the unstable state of the castles, but it is worth asking if it is possible to visit.

We use cookies to ensure that we give you the best experience on our website. If you continue to use this site we will assume that you are happy with it.Ok